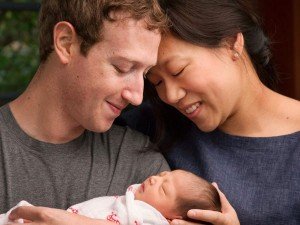 Virtual Reality is all the rage again. Last week Mark Zuckerberg extolled the joys of not only being able to see and interact in virtual worlds but to be able to record those special moments, yourself, using a 360 degree camera. Up until now, we have had to rely on filmmakers and researchers to develop the VR content using expensive equipment and powerful software. But it seems, sometime soon we will be able to get our hands on the technology and start capturing birds in flight, cars racing past and our dogs doing tricks – so that our friends and ourselves can see and share them from all angles. For Zuckerberg, a recent father, it was imagining being able to capture his daughter’s first steps that caught the headlines:

“I hope we have a 360 camera that can capture the whole scene, so if my family isn’t there to experience it, I can send it to them afterwards — or it would be real-time enough where I could stream it to them live. They could put on a headset or get a message and feel like they’re really there and experiencing it.”

What a wonderful sentiment. But I wonder how much better the experience will be than existing ways of capturing those special moments, like using smartphone video or GoPro or even a cheap and cheerful camera – that can be quickly uploaded to Instagram or Facebook or WhatsApp or whatever – for all to see at the press of a button or a swipe of the phone. With VR it requires donning a headset to see the content. For many that could be a step too far. While the headsets will come down in price and every household will be able to afford one for Christmas – it is likely to not be the best quality. For an unknown number of people (could be quite high) it will make them feel claustrophobic, nauseous or headachy. Also overlooked in the current hype and fanfare about VR, is that the headsets are like toothbrushes – fine for you to wear but not for anyone else to use. They can pick up human scent, especially hair sweat – being worn so closely to the head – meaning they can get very smelly and unhygienic. It is likely that no one wants to don the VR headset of a teenager gamer anymore than they would want to try on their sneakers. 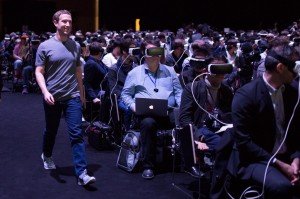 The few times I have tried on an Occulus Rift headset it has been sanitized for me with a sterilized wet wipe. Even then, I detected a slight whiff of the last person who wore them. Can’t see people getting the wet wipes out every time they want a quick VR fix. Of course we could each own our own headset but you might find out you don’t like the smell of your own head. I suspect the first generation of VR headsets targetted at the general market will go the way 3D glasses went – those that had to be worn for 3DTV. Most have fallen into disuse, disrepair or got lost behind the back of the sofa.

Besides wearing a VR headset makes people look weird and as this video attests, it is also terribly anti-social. You immediately shut yourself off from the rest of the world in ways that other technologies don’t. While it can be very annoying to be shut out when someone answers a call or checks their phone when you are in a conversation with them – you can look away, fiddle with your own phone or give them a glare to let them know how you feel. When someone goes into VR forget it. 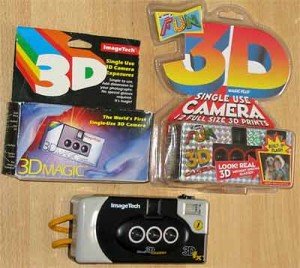 Of course you could meet others in the guise of avatars in a VR world and have lots of fun. That possibility has been around for year for gamers. Other areas, such as training and overcoming phobias like fear of flying have also been benefitting from the application of this technology for a while. The leap from this to everyday viewing and sharing of moments is still a leap of faith. Having said that – when the first disposable 3D cameras came out back in the mid 90s I was bowled over by the 3D postcard photos they created. And spent a happy few months playing with them. Then they just disappeared off the shelf. Whatever happened to them? 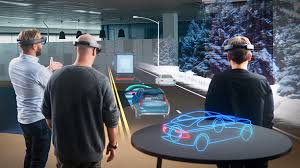 My money is on augmented reality being the winner. Microsoft’s HoloLens looks amazing. Where it differs from VR is in the nature of the wearable and the digital augmentation. The wizardry behind HoloLens, will allow the user to still see and engage with the real world while also interact with all sorts of overlaid 3D content on that world. It is still very much a technology for the individual but at least you will be able to see what the rest of the family is up to in the living room or whether the real family dog wants some attention.