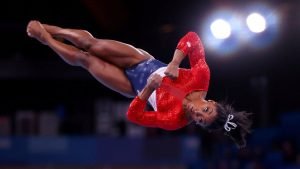 Simone Biles introduced the world to the phenomenon of “twisties” this week when she had to pull out of the Tokyo Olympics as she realized her mind and body were out of synch after she had flung herself from the vault.  At the critical moment when you need to let the body twist and turn in mid-air by its own volition, she said she could not literally tell up from down. No wonder she stopped her routine there and then.

When interviewed by the BBC News, Christina Myers, a former gymnast, said that the twisties happen “when your brain and body disconnect.” It is at that moment when you need to be at your most self-assured and certain, but instead something flips and twists out of control. Sometimes, when this happens the gymnast ends up against their body will, doing an extra twist or flip that was not intended in their repertoire, resulting in them not being able to land correctly, risking serious injury. Thank goodness Simone had the wherewithal to recognise what was happening and to quit. And how lovely, to see her humility and team spirit shine in the face of adversity – where she came straight back to cheer her team on when she must have been going through mental agony.

I love watching gymnasts perform extraordinary feats, heat after heat. The Olympics is always a treat for watching endless supermen and superwomen move, jump, swing, swivel, uncurl, sail and fly in the most spectacular ways. They are under huge pressure at pregnant moments to perform –  and manage consistently to execute their moves with what looks like perfection to us mere mortals. It is jaw-dropping, gob-smacking magic – whether swinging at full pelt on the uneven bars, the balance beam, the vault, pommel horse, still rings or other apparatus.

I can’t even imagine what it must have felt like for Simone, with the world’s expectations on her shoulders, being one the world’s greatest gymnasts, to go through a twistie. To suddenly lose her  heightened sense of space and dimension when flying through the air, doing a double flip somersault. The body needs to lead the mind knowing what to do precisely when. But when the mind intrudes the body-mind goes into overdrive. It seems on this occasion, immense pressure took its grip, resulting in Simone losing control. 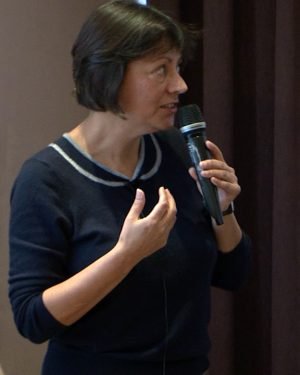 Meanwhile, back in my more mundane world of academia, it has been hard to perform anywhere near how we used to. Since the pandemic started last March 2020, I have not had the pleasure of ’embodying’ my lectures, talks or seminars with movement – there has been no flailing of arms or pacing up and down the stage or the aisles. Instead, I sit stationary in front of a laptop, check how my head looks in the image of myself appearing on Zoom, say hello to whoever is out there and then start my ‘talking head’ show. I have gotten used to the format now after 18 months – it is bland and flat. There are no pre-nerves, butterflies in the stomach, or any anxious looking at smiling faces sitting in the audience, nodding back at me reassuringly. Just my slides and a few postage stamp faces popping up on the side. The audience are hidden behind their portals, with only ever a few turning their cameras on. During conference keynotes, it is even worse, with the attendees all migrating to be in another virtual space (e.g. Discord) to back channel and chat about what I am saying while watching me on YouTube.  They are also all at home, half in their own world of pets, children, delivery people calling, and a flurry of beeps and other distractions.

Instead of the twisties, I have begun to experience occasionally a case of  what I am calling ‘the disconnecties’ – where I start to notice things on the desk, like a cable, an old scrap of paper, a pen, a bit of paper with my to do list on, a sweet wrapper. Instead of  projecting myself into the minds of others I feel myself drifting back into my own physical space. I try to stem the ‘at home’ mind from taking over. But I feel discombobulated and it is unnerving. Sometimes, I wonder if the audience on the other side are also disconnected. I try to block out my home world and focus on the slide in front of me, but then against my will I slip back into home world. I am even tempted to just click on the Teams or Zoom ‘leave’ button. I try cracking a joke – that usually helps me to get back in the flow – but of course no one laughs back. Eventually, when I have finished I know I could have done better. Damn those disconnecties.

This week, however, when giving a talk to some industry folk, a disembodied voice butted in out of nowhere and asked me a question mid slide. Never happened before. It completely threw me. Luckily, I knew the person so could picture them in my mind and try to compose an answer and shift gear. Then it happened a few more times throughout. Afterwards, it made me think perhaps we need a bit more of that – makes for a more spontaneous and natural presentation. My mind went into overdrive, and I changed what I had planned to say. It almost broke the 4th wall – so to speak. And it kept me on my toes rather than letting my mind do gymnastics. 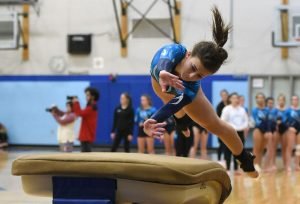