My smartphone beeps. This time, a message from my fridge alerting me to buy milk on the way home. This rather tired example of smart technology is still being rolled out whenever anyone talks about the benefits that future technology holds for us. Why can’t it order the milk and get it delivered without needing to involve me? Surely, that would be the smart thing to do. A bottle of milk would be sitting there on the doorstep for when I arrived home. But, equally, I could have nipped out to the corner shop when finding the milk had run out. Just like many of us happily do now. Once there, we might have a chat with the shopkeeper and find out about the local gossip or their opinion about the heatwave or their joy at England beating the Aussies in the latest Test match. And even try the new apple and ginger fruit juice he has just got in. 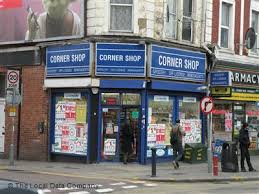 Much of everyday life is made up of these unexpected encounters. We bump into people we know all the time: at work, down the street, at the cinema, in the supermarket and even miles away on holiday. Inconsequential in themselves but which is the social glue that holds society together.

Opportunities for unexpected human contact are slowly being eroded for every transaction that becomes automated – unless you use apps like Tinder specifically to meet a random person you fancy the look of. Taking humans out of the loop is of course nirvana for business, helping them to cut down on operating costs while making services more efficient – and at the same time encouraging people to buy more.

It can also take the headache out of having to queue – and how we hate having to wait for others in front of us especially if they are slow. Last week, when driving to Cambridge, I whizzed across the Dartford Crossing without having to stop at a toll booth and chuck a few quid into an over-sized bucket and then wait magically for the barrier to rise. The new Dart Charge system that has been installed swiftly reads your car registration number and checks to see that you have paid online within 24 hours of crossing. That is super technology. 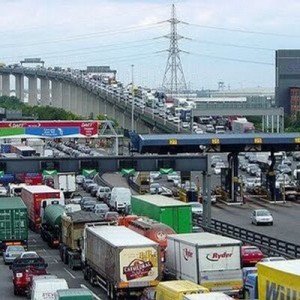 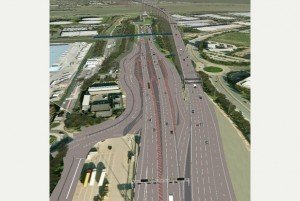 Trouble is it takes five minutes to fill in the form and register online to use the Dart service. They want to know all sorts of things about you, your car and not forgetting the all important bank details. The same has happened now when parking at Brighton station. There are no barriers or uniformed officials sitting in glass windowed booths. There is still one small wooden hut but it was locked with not a person in sight. All rather eerie. You can pay in advance or up to 24 hours afterwards. After that they slap on a penalty. I paid as soon as I got home fearful I would completely forget once ensconced in domestic life.

It took me another five minutes to key in my details online. The same pattern happens when buying tickets for train journeys. I nearly missed my train last week when trying to buy a ticket to Lincoln on the Virgin site. There was some mix up with being a new user versus a registered one. And it did not tell me until I had filled in all the details including the prized seat facing forward at a table with electric socket. They just vanished from the screen after the error was detected. I had to get a new password as I could not remember what it was. It would have been easier if I had bought it at the station and much less frustrating!

The underside of the relentless push towards ever more automation is that we humans have to do the ‘paper’ work to make it work – tapping all those personal details into our computers or smartphones for every new transaction, making up new passwords and forgetting them. For each new cloud-based system that comes along and replaces the old fashioned way of doing things – like paying with cash and having a human be in charge of the transaction – requires us to sign up before or after and give bank details.

And then there all of those services that we have signed up for using direct debit because it was easier and because sometimes they give a miniscule reduction – be it the TV licence, car tax, gas, water, leccie, Virgin/Sky Media, Netflix, O2 and so on. While taking away the pain of having to fill out yet another form online (once it has been set up) it means we forget how much money each month they are taking from us. When they increase their monthly subscription or charge we simply shrug. I don’t know how many direct debits and standing orders I have now. Some just disappear from my radar. When email notifications pop up from these companies I often don’t bother opening them. I don’t want to really know I have spent an extra £50 this month on data while roaming abroad.

Shockingly, I don’t know how much I earn anymore. Instead of enjoying the monthly ritual of opening a pay slip that would come in a brown envelope – especially when there was a rise due, many of us now have to go online to find out. That means remembering the URL or typing into the search engine when in the work’s intranet and tapping in our user ID and password (finding the one the computer used to have stored is no longer valid) to get to the same information. I simply forget – since there is no monthly email reminder I’ve been paid. And it is not as pleasurable looking at the data in a spreadsheet format – which invariably it is formatted in.

The weather is miserable out there today. So I booked online to get tickets to go to the cinema tonight. It only took a couple of minutes, even after having to scroll down a long menu of countries to enter that I live in the UK. Why do they need to know that? Then up popped a ‘Verified by Visa’ form for me to fill in. I hate those things and can never remember what the 2nd, 4th or 8th or other 3 random sequence of letter/digits they ask for from my password for that credit card. So another couple of minutes filling this bit in and stressing that it was correct.

Hey presto – up popped the message:
“ORDER COMPLETED SUCCESSFULLY”
but then as I read on:

“Collect your tickets from the cinema counter or kiosk – Don’t forget your Reference Number!”

Usually it provides a RFID code that you print off as your ticket so you don’t have to queue. What was the point of doing all that key tapping in again and paying an extra online booking fee (nice one!) if I still needed to line up?

An email arrived a few minutes later with the codes on them. Just as well.

I just read in the news that the number of fines issued by the new automated payment system at the Dartford Crossing in its first 6 months exceeded the number of speeding tickets issued in England and Wales for an entire year! 867,897 motorists were fined £70 each compared to the 713,000 speeding tickets issued throughout the whole of England and Wales. That is a whopping £60,752,790! But it gets worse. Some drivers have reported that they are being charged on days when they have not used the crossing. Apparently, the automated letter recognition software sometimes mixes Cs and Gs and other similar looking letters. That is not smart technology. I dread to think how much has been made by Transport for London (TfL) since the Congestion charge was introduced in London over ten years ago. In 2009, alone, nearly 1.5 million congestion charge penalty charge notices at £120 each were made. TfL managed to collect £77m of what was owed to them. That is daylight robbery.