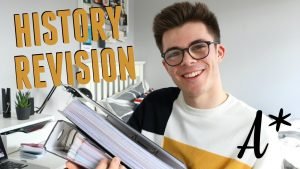 As the revision season comes around again and students start to fret about their exams, many turn to joining others in a café and in the library to help them keep on track, keep motivated and simply, keep going. Going through reams of notes, trying to remember names and facts, learning quotes and formulas, rehearsing arguments and the like is not easy. While some are good at cramming during all-nighters, others struggle to get started. One online resource that many students have been drawn to, to help overcome their procrastination is watching ‘StudyTubers’. These are channels where other students have uploaded videos of themselves studying for others to watch.

But who watches them? When do they start watching them? And for how long? And why? Is it not simply another distraction?

It seems that children as young as 12 have joined this craze, watching them during the pandemic, when home schooling. In some ways, it is a natural progression to make from watching children’s channels, where influencers uploads videos of themselves opening up new toys. But, for most, they started watching StudyTubes during their ‘A levels’. They then continue when entering university, following particular StudyTubers. Some have discovered them through their disability. For example, one student mentioned they had AD(H)D and on hearing about StudyTubes, they found that an external stimulus really helped them to start studying. 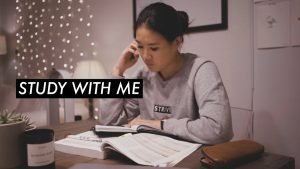 Which ones do students choose to watch? There are so many out there. Some follow a particular one because they are appealing, funny and enjoy themselves, such as Jack Edwards. Another reason is because they are at the same university. A popular one right now is Ruby Granger who is currently studying at Exeter University. She did a live streaming StudyTube last week that got rave comments by her followers from all over the world in the chat window, suggesting they are all in it together. There is a real sense of community. When one follower texted and emoted how it helped her overcome her procrastination, many others all chimed in about how Ruby was helping them, too.

Another genre is the pomodoro school of StudyTubes. For example, Kharma Medic, who is studying medicine in his 4th year at Kings College, provides loads of handy tips on how to study well, recommending routine 50 minute sessions, each followed by a 10 minute break. His last one last week was a 6 hour stint. He is currently working up to doing a 12-hour stint. The equivalent of an Ironman challenge – showing real stamina. It is like they pride themselves studying for ridiculous lengths of time. StudyTubers are also proud of being high achievers. This might create the unhealthy illusion of super students with an impossible work ethic. But as pointed out by Eve Bennett, another well-known StudyTuber, they also experience stress like everyone else. She talks about how she shared her ‘stress meltdown’ on her channel when studying for her A levels, by dancing wildly in her bedroom to her music. A form of catharsis that other students can relate to, only too well.

So, what do students get out of following StudyTubers? The most compelling reason is motivation. It can get you in the mood, leading to being in the zone. Typically, a session starts by a StudyTuber preparing their workplace, getting a coffee, turning on their laptop and arranging papers and books on their desk. All of these little acts create a certain aesthetic of what it means to study. There is some similarity to how students begin studying in a library or a coffee place where you see everyone being busy with their stuff and that makes you more focused on studying.

The ‘study sounds’ that the StudyTuber makes throughout is a bit like having the radio on in the background, which can feel very comforting. They are just about at the right level, being able to draw the student away from all the other distractions that prevent them from starting to study. It also helps them to not always be watching their phone, waiting for the next notification or message to ping. It helps them get started; the ambient sounds of someone tapping away in the distance.

It can also provide a kind of social life running in the background, that helps students from feeling alone. Many people find it hard to be by themselves especially in silence – so having a StudyTuber on helps them feel they are in it together.

A recent Oxford graduate (Harriet) mentioned how it is often more challenging when studying at home compared with studying in a real library. When she went to a library, she enjoyed listening to music on her headphones. But when studying home alone, she found it more comforting to hear people talking or the ambient sounds of someone studying rather than playing music. Knowing that there’s somebody else there who’s working can mimic the library environment to some extent. But they would never watch a StudyTube video when in the library with other people. That would be too weird.

Post-university, it seems these videos can lose their appeal. Once entering the world of work, viewers don’t see a need or use for them. They prefer to talk to the real deal via Zoom, Teams or WhatsApp.

Thanks to Paola, Ben, Ava, Faith and Harriet for their input.