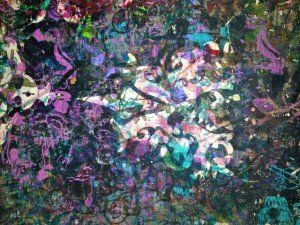 “Knowledge is when you know a tomato is a fruit. Wisdom is when you don’t put it in the fruit salad”.

Debre, an interaction designer here in Cape Town, emailed me this last week – which her brother had passed onto her. I thought it captured the difference between the two very succinctly. But what does it take to know how to have and impart wisdom? The more I read about wisdom and the more creative people I meet, the more I realize that it is about being special in some way, knowing that and knowing how to share that.

How do you know when someone is special?

The first person I met on my dream fellowship, when I set off to New York in early February, was Jerry Bruner, who is now a sprightly 96 year old, brimming with wisdom and love. He is very special, having spent his life acquiring wisdom and sharing it. I flew especially to New York to see him – it had been several years since I last saw him. He invited me over for lunch to his enormous loft apartment in Manhatten. As I walked in, I heard myself chirping away from his wee computer. He’d started playing the YouTube video of my dream fellowship, sometime before I arrived, but because the bandwidth for his network connection was so slow it had not downloaded properly. It was still streaming like treacle through a funnel, intermittently playing for 3 to 4 seconds, and then stalling for several minutes before stuttering a few more words. 7 minutes was being stretched into 3 hours! 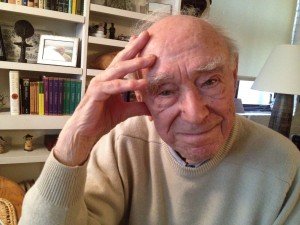 Jerry sat down in front of his computer and invited me to sit opposite him in a chair. I obliged but it felt surreal to be in doppelganger mode. As we chatted, I found myself being echoed from his computer. Switching from the here and now to the now and here was disconcerting for me. Jerry, on the other hand, found it quite funny. Eventually (we were about 3 minutes into the video and an hour into our conversation) we moved over to the dining area of his vast open plan place. Thankfully, the digital me started to fade. The real me helped prepare a simple lunch of salad, cheese and berries. We then opened a bottle of sparkling water. As we ate and drank the simple fare, we talked and talked. Much was shared; personal, political interspaced with reminiscing and playfulness.

I finally left late afternoon with much to savour. I walked slowly back to my hotel in Washington Square, a few blocks away, looking at the splendid high rise buildings surrounding me, reflecting on Jerry’s words of wisdom. It was not in the telling of what I must do, read or see in life, but in the giving to me of something special. It is hard to put a finger on exactly what it was. The pearls came through the conversation, not through any worldly advice.

I had been in the presence of a special one.

José Mourinho, Real Madrid’s coach, is known for being special but for very different reasons. He has just won La Liga, knocking the seemingly invincible Barcelona off their perch, having previously won the league title in Portugal, England and Italy. When he joined Chelsea in 2004 he said at his inaugural press conference, “Please don’t call me arrogant, but I’m European champion and I think I’m a special one.” 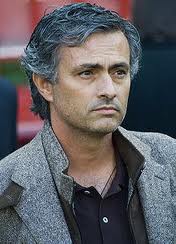 A stroke of genius, I thought at the time – and the name “The Special One” has stuck ever since; 8 years later it remains his moniker and rightly so. Besides being incredibly handsome, which makes most of us female supporters go weak at the knees, the Special One has that look, know how and ability to work out how to play the beautiful game in ways other managers (with the exception of Fabio and Alex) can only dream about. He is foremost a brilliant strategist, always 5 games ahead and 10 moves along – like a chess master – knowing how to position, psyche and play his team while unnerving his opponents. He meticulously does his homework each waking moment for his master plan using his wisdom and the knowledge. But he also uses technology very astutely to extend his thinking. For example, he externalises his plans far into the future, drawing and interacting with clever software that enables multiple tactical positions to be simulated for each game. And during each game, he scribbles down on-the-fly tactics, challenges and changes using a scruffy note pad that helps him make crucial decisions, when under immense pressure.

In the last couple of weeks, I have been working with an artist from the University of Cape Town, Johann van der Schijff, helping him interview local school kids and teachers about their experiences of being part of his latest art project called Community Punching Bags. It has been for him a very long, extensive and collaborative project, involving many children, teachers, leather makers, photographers and more.

I joined him late on in his project and curiosity has gotten the better of me. We’ve had several probing conversations about what it means for an artist to collaborate with others and to curate something that would not be possible without their participation. For many of us, the idea of collaborating with an artist usually conjures up producing or creating an artifact that the artist wants, such as Anthony Gormley’s ‘Field for the British Isle’ where he recruited lots of kids and their extended families from schools in Liverpool to help him make 40,000 cute terracotta clay figures as part of his immense installation. For Johann, the collaborative process entails asking specific people to do different things that they are skilled at or will push them beyond their comfort zones, that then becomes a central part of his curation – coming up with new designs, running workshops or cutting and stitching leather punching bags.

One comment that he made which struck me was how he can immediately see in the people he recruits who is special and who he wants to work with and push more. Being special to him involves being able to pick up quickly on what has to be done, having self discipline, listening and taking on board what other’s say, and then working it out on your own. In addition, there is always a look, a big smile and a sense of knowing. But to see specialness in others needs developing a level of self-awareness about one’s own specialness.

“People who are wise can interrupt, take a step back, and reframe … a lot of wisdom probably has to do with looking at a situation differently and reframing.”

I just read this in a book on Wisdom by the award-winning science writer, Stephen S. Hall, which is based on a phone call he had with another Stephen (Kosslyn) in 2008.

Special people know that. And anyone can become special provided that they …