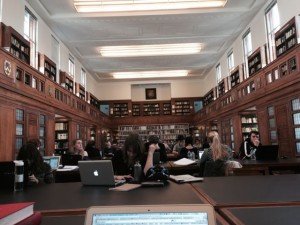 This week I went inside a real library. One made of bricks and mortar. I can’t remember the last time I went in one or what for – if I am honest, probably a few years ago. It feels like a shocking admission, especially since I work in academia. Libraries are our sustenance, where we obtain our knowledge. The stacks, the periodicals, the rows of books all neatly lined up in Dewey style used to be where you would find us browsing on a regular basis. But the Internet has changed all of that. Most of us now do our knowledge work by accessing the multiple digital libraries, databases and pdfs that are readily available at our laptop fingertips. Google, too, has made it even more easy to sample an increasing number of books in digitized form.

But Special Collections in libraries retain their specialness. Last Monday I visited one at Leicester University. The reason they are special is that they contain numerous archived collections that are often donated to them, by a local historian, politician, artist or other philanthropist. For example, at Leicester amongst many is the Dyos Collection, the Gorrie Collection and the Hatton Collection. The collections include rare books, pamphlets, papers, etc., from the person whom they are named after, such as the political memorabilia of Archibold Gorrie. Many of them have yet to be digitized and so can only be seen in the physical library where they are housed. 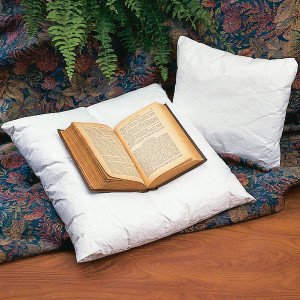 My reason for coming to Leicester University’s one was to delve into the Diplomatic Collection transferred from the Commonwealth Library after it became defunct (I was doing some research into my family history). It comprises 217 boxes of lists of diplomatic, consular and foreign service. I had requested to look at Box 140 that listed the diplomatic corps, consular corps and other foreign representatives for a given country. I’d discovered these existed through browsing Google and then the library catalogue. There was something antiquated about the place. The collections are hidden away in the bowels of the library to protect them and only brought out on request. The viewing room had no windows, just artificial light. Other protective measures included having to put my bag in a locker and being only allowed to use a pencil. But strangest of them all, was the presence of over-sized white cushions on each desk that looked like miniature futons. The librarian who welcomed me in (who had all the qualities you would expect – curious, rule-abiding, knowledgeable, methodical and very nice) told me they were there to protect the spines of the large rare books that are sometimes requested. How quaint.

I sat down and looked at the red box folder that was placed in front of me – it looked, itself, about 50 years old. I pushed back the metal clasp and opened it up. Inside were about 30 small green and red books all lined up in order of their year of listing. The first one I took out was from 1959. The pages were a faded yellow brown and the type font from a typewriter that had not seen the daylight for as many years. The one page I wanted to check was still attached to the next one. I was fearful I might rip the page in the wrong way so I asked the librarian to do it. She was delighted and went off in search of a paper knife. When she returned she diligently went through the whole book slicing up the pages that were cojoined.

I was transported back to another time and place, imagining who the people were and what they did in their diplomatic roles – behind the listed names of Brigadier M. d’Aude-Shaw, Major B.C. Butler and so on. A world full of diplomats, attaché cases and special car number plates in far flung places. The smell, colour and texture of the paper, with its embossed higgledy typewritten print, evoked a powerful train of memories and thoughts that digital print never does for me. It was sheer joy to let my mind move in mysterious ways. Usually when I am pottering through digital collections on the internet I jump all over the place, from one site to the next, engaging in multiple hops, that often lead me far astray from what I was looking at or thinking about. It can be as equally delightful but a very different form of mind wandering. One is not better than the other but there is something special about being immersed in a special collection that someone has carefully and meticulously catalogued for others to inspect. I doubt if many, if any, people had looked into Box 140. That gave me a visceral thrill to think I was the first and probably only one to do so. Whereas visual analytics can show the number of page views and downloads of digital collections there aren’t any records of what people look at in old boxes of papers. There is something special indeed in this time warp that cannot be digitally catalogued or mined.