A part of my work involves advising various companies and government bodies about their future technology research strategies. This week, I had the pleasure of visiting the EPSRC headquarters in Swindon for a two-day meeting. Besides being super excited about meeting up with other members of the scientific advisory team for the first time in 3D (many of whom I had only met as digital postage stamps during the past 3 years), we were also invited to tour various facilities at the Harwell Science and Innovation Campus in nearby Didcot. I was assigned to a small group that went to see the Diamond Light Source. Sounds like a big laser show but it is in fact a massive science centre. On entering the building we were shown a model of the building to see what is inside. From an aerial view, it reminded me of Apple’s latest donut campus – in terms of its shape, scale and size. 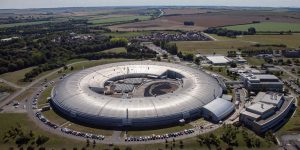 This huge set up enables a laser beam to whiz around a circuit at some unbelievable speed that has the effect of giving off light 10 billion times brighter than the sun. The mind boggles at what that actually means in practice. Of course you never get to actually see the beam racing around the donut but I was mightily impressive to know it was hurtling around while we mere mortals were walking tentatively around the place. What you do see are various numbers, graphs and images in the nerve centre that lets you know what it is up to. 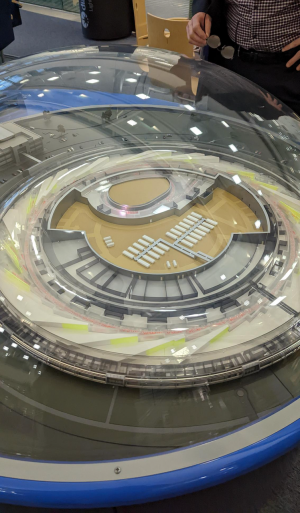 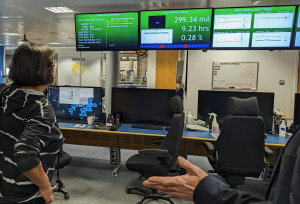 The shining beam is siphoned off into lots of little labs where teams of scientists use it to study all manner of topics, including fossils, jet engines and vaccines. In a nutshell, it is a ginormous microscope that allows lots of measurements to be taken during millions of experimental trials. The scientists and engineers we were introduced to, who work on site, told us how having such a powerful magnifying beam enables them to do incredible science. Making the invisible visible in all sorts of unknown ways. However, they all also mentioned that the data that is collected from the various beam runs is so massive, that outside researchers who come to run their experiments at the facility, nowadays can’t cart their data home with them because there is simply too much of it. Instead, the data has to be stored and analysed on site before a digested form is sent back to them. A few years ago they could save it all onto a portable hard drive…

So what do scientists do with this ever growing mountain of data? How do they count it, describe it and then importantly, work out how to turn it into new knowledge? While data scientists may revel in this sea of data, other kinds of scientists often find it somewhat overwhelming, to put it mildly. To help them in their quest, every now and again, the ‘numbers’ community come up with new names to  make it more manageable to describe it. Just this month, the 27th General Conference on Weights and Measures introduced some new names (or prefixes, cf. milli- to be precise). These included talking about data in terms of being a ronna which has 27 zeroes after the first digit or a quetta which has 30 zeroes after the first digit. 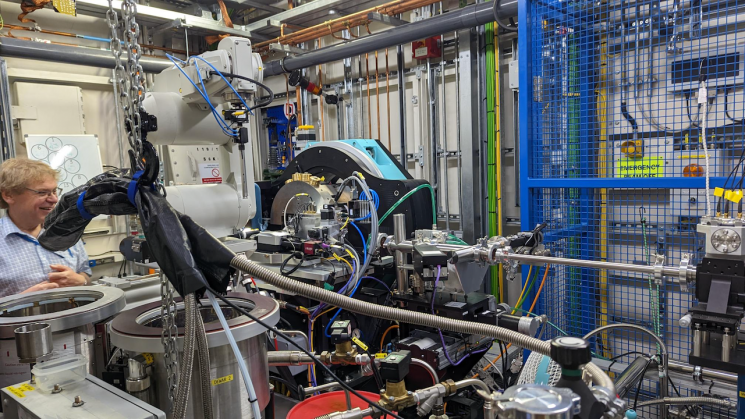 So how would you use these funny number names to talk about science? Consider the mass of the sun. Previously it was talked about in terms of 2,000,000,000 yottagrams. Now its mass can be said to be 2,000 quettagrams. To me it all sounds a bit double-dutch but to data scientists it provides a new and hopefully more meaningful way of expressing huge quantities of digital information.

Coming up with new data words must be one of the fun parts of the job. I wondered how did they choose them this time?  What were they thinking of? Ronna is also a girl’s name meaning “rough island and true image”, while a Quetta is a fort and is the tenth most populous city in Pakistan! And what will replace the ronnas and quettas to express the ever growing volumes of data that will have accumulated in the next 5-10 years? What new words will be dreamt up?  Perhaps Tom Lehrer should get in on the act. I am reminded of his classic song, The Elements, from 1956. Makes me laugh every time I hear it.

Thanks to John Collomosse for taking the photos inside the Diamond.