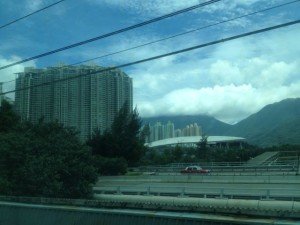 Hong Kong is now one of the most densely populated cities in the world. Every square inch of the island is made use of and valued like gold. High-rise blocks are squeezed in everywhere, dotting the landscape, that makes me of think of rows of x-rayed teeth – long, close together, uniquely stained but uniform.

It is easy to think you are still in the airport when surfacing via the Express train at Hong Kong station. A vast, multi-leveled shopping mall welcomes you – that looks just like the one you left at the airport. There are rows of expensive boutiques interspersed with ubiquitous phone and electronic goods shops. All enticing and packed with wealthy shoppers.

I had arranged to meet a couple of friends, who are currently living here, outside a Prét-a-Manger (that ready-to-eat sandwich shop with the same fillings everywhere). Rather than drink their frothy coffee from a brown polystyrene cup we chose to go upmarket to a Tea Boutique (sic), called TWG further down the mall (there is also one in the UK based in Harrods). They claim on their website that they “will carry you away on a journey of sensations, spiced with elegant samovars, brass weighing scales, Italian marble floors and hard wood tea counters.” We discovered from the menu that they also serve over 800 different types of tea from all over the world. How surreal is that? I thought there was only posh tea, builder’s tea and herbal tea. It made choosing just one from an endless list of exotic sounding teas nigh on impossible. I was tempted by ‘sexy tea’, ‘desert mirage tea’ and ‘dancing tea’ but in the end selected a Jasmine tea (being in China) that had a few other nice sounding adjectives added to it. Someone in the marketing department must have had a field day. 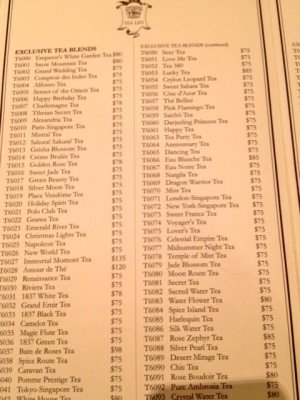 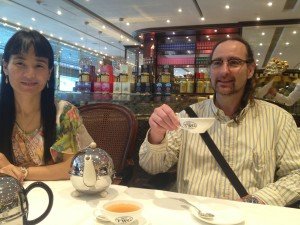 After drinking our fine Grand Crus tea we walked out onto one of the many ‘walkways in-the-sky’ – that provide covered spokes to other neighboring high-rise buildings. It was mobbed with Philippine girls, huddled together in small groups, sitting on the concrete, demarcated by makeshift walls made from cardboard boxes. These are the maids of the wealthy and the middle classes. At first glance, it looked like they had set up market stalls but, on closer look, it turns out they have colonized the concrete paths, turning them into temporary living/dining rooms. In each one, you can see them chatting, laughing, sleeping, reading, texting, playing, eating, drinking and grooming – as if in their own homes. This is how they spend their one day off from serving the natives and the ex-pats, bringing with them their umbrellas, blankets, food, drinks, magazines, Scrabble sets, iPads and mobile phones. Because they live in terribly cramped apartment spaces – barely enough room for a bed let alone a kitchen – they decamp to the shopping Mecca’s many arteries to socialize and relax with their fellow maids, against a backdrop of Gucci shoppers and gourmet tea drinkers traversing from one tower block to another. What struck me, was how they had appropriated the cardboard boxes to make their living spaces; the flimsy barriers providing them with just enough height for a level of dignity, privacy and territoriality whilst low enough to be seen and to see. A creative way, indeed, of horizontally inhabiting a vertical city, whose earthly goods are mostly out of their reach. 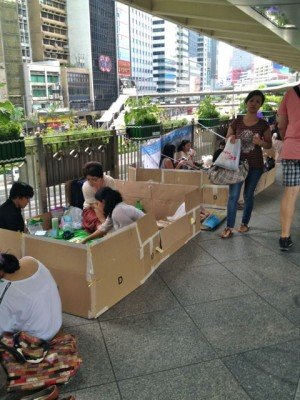