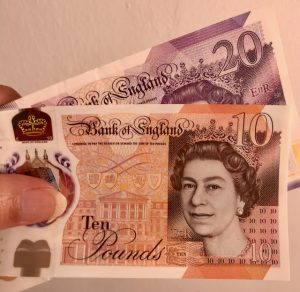 One of my friends told me he still had cash in his wallet that he had withdrawn from an ATM a year ago! He works in the city and usually spends it on coffee, snacks, drinks, etc., when out and about. But since the pandemic he has been working from home and only shops online using his debit/credit cards. Many of us have followed suit, resulting in a dramatic reduction in cash withdrawals. Quite a few shops also started refusing to take cash – for fear of spreading COVID-19 on the banknotes – although this has since scientically been proven to have a very minimal risk. 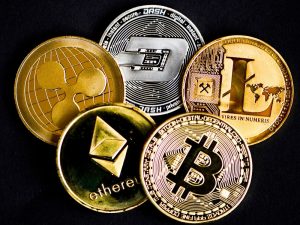 Meanwhile, in the digital transactional world, we have seen the meteoric rise of bitcoins. Images of bitcoins depict them as being shiny but do they actually exist as physical coins? Yes they do, like those in the image, but they are not worth anything unless they have a private key that is hidden under a hologram on the back of the coin. Without that number it is worthless. And if tampered with bitcoins becomes invalid.

The real deal is stored as bits on computer servers. You never really get your hands on them. Instead they are stored on a ledger and metaphorically in a wallet which has its own unique password. And if you lose your password, you are doomed  – as Stefan Thomas discovered after he could not remember his one to unlock his stash of bitcoins he got for doing some work for someone. Once he realised how much they were worth  – something in the order of $200 million (at the time he received them they were worth very little) – he decided it was time to act. The mind boggles at how absurd life has become when it comes to making money in this way and losing it again so easily.

The password that was too cryptic for its own good.

I had to read several articles to understand how bitcoins work and how they differ from pound coins. To help the uninitiated like me, there is now a proliferation of beginner’s guides available, such as ‘Bitcoins for Dummies’, cartoons and online tutorials. I get it now, but it seems a strange way to make money by solving hard mathematical problems using masses of computer power and that the money is just bits on a computer.

And then came along ‘non-fungible tokens’ to add further bafflement.  When I first heard the term, images of mushrooms going mouldy entered my mind. It turns out that fungibility refers to “an asset’s ability to be exchanged with a similar asset without sacrificing its value”. Or put another way: when you borrow a £20 note from someone and  pay them them back with two £10 notes it is the same value but through using a different entity. That is it is fungible. Non-fungible, on the other hand, means the entity has to be the same – in this case the digital token. Just like a Van Gough, it is unique. If I was able to borrow a Van Gough painting I could not give back a copy of it. It would have to be the one I borrowed. 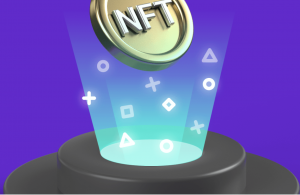 It is not surprising, therefore, to see the rich and the rash start to cash in on a new craze; to be the first to buy something that is valued in non-fungible tokens or NFTs. (To make it sound more credible the funny term has now been replaced by  the acronym NFT). Headlines were made when some artist sold a digital artwork they had made (no one had heard of before) for $6 million worth of NFTs. That is up their for a first with a very physical graffiti Banksy number. Desirable to own, and then highly profitable to resell. It reeks of hubris. Perhaps the most preposterous of all was Twitter’s CEO, Jack Dorsey, selling his first ever tweet for $2.9 million in NFTs. The mind boggles even more! But Jack’s conscience is clear because he said he will convert the NFTs he got into Bitcoins which he will then donate to charity.

Maybe I could sell my first ever blog  this way? We could all get in on the act. Part of the lure of NFTs is the uniqueness of the ‘asset’ or artwork they are exchanged for. Once bought in NFTs, it becomes a collector’s item that can’t be duplicated. That makes it one of a kind and by default, rare, and what investors are drawn to. They can then sell it on later for many more NFTs and make a huge profit. The catch is they can’t just put the money in the bank. They have to first convert the NFTs into Bitcoins, and then work out how and who will convert those into real money. But that, it seems, is part of the fun of rollercoaster funny money.