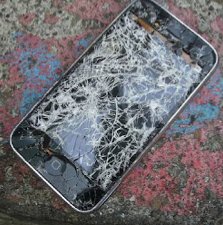 Yesterday a friend of mine sent me an email where she announced she had had enough of digital technology. She exclaimed how she had slammed her mobile phone against the headrest of the seat in front of her whilst sitting on a bus. A bit drastic I thought but she has a point. She continued ranting in her email about how the technology we subscribe to has been taken over by the advertisers. For example, since IPO, Twitter users are beginning to receive vast amounts of visual advertisements in their sea of tweets. Facebook users have been inundated with personalized ads for years. And every time you watch a YouTube video now it is fronted with a commercial video that you need to click on to skip it. And then up pops a banner ad obscuring the video, so you have to click on the tiny check box to hide it again. Anyone who subscribes to O2 will have also received weekly text ads via the delightful service, O2More. I pay O2 so much a month to make phone calls and send text messages – not to discover that the new Reebok FitHub Store is now open in Covent Garden or that I can pick up a packet of Jordan’s Country Crisp for just £2 at Tesco Express on Western Road. To stop O2 More sending me these ads I have to text stop to 20502. I can’t work that out as to whether is it just the number or I have to call the number with the letters ‘stop to’ on first. And if I do succeed, there will no doubt be some obnoxious bot waiting to pester me.

My friend was not only incensed by the ubiquity of digital advertising we are all subjected to on our technologies – but also the way we communicate with each other becoming increasingly shallow and cold: “The original idea of making a phone call, sending a text or an email to make a simple communication is now part of a long drawn out distraction. The more time and coverage we have the less we communicate directly.” It is true that many of us will opt for the easy option of keeping in touch rather than engage in a lengthy conversation. Send a quick message on WhatsApp to ask how someone is or simply post a selfie for everyone to see showing how much fun you are having – much easier than having a weekly chat over the phone with mum or catching up with family over a long Sunday lunch.

And we all know how addictive it is. You wait for your next tweet, text or email – hoping it will be from that special someone. 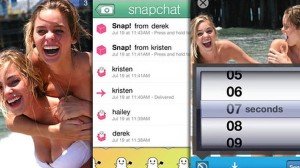 The latest craze is Snapchat that lets users connect by sending each other photos that automatically delete after a few seconds. It is now on a quarter of all UK smartphones – and rising. It is even overtaking Facebook amongst teenagers as their modus operandi. And as of yet it is not doused in ads. Under 20 year olds love it because it does not leave a digital footprint that mum or a future employee can look at. It means they can send embarrassing photos to their friends for a quick laugh of them doing something stupid and know that it will be gone in an instant. There is no fear of getting dissed. And that is priceless for a teenager. Ironically, it has the same property of a real conversation, that is, being ephemeral. Other than that it could not be more different. Gone is the art of conversation. Just snap, annotate, send – see, laugh and reciprocate. Instead of chatting in the old fashioned way, you can send an even longer selfie – known as a Snapchat story – a short collage of photos and videos that lasts in the digital ether for just 24 hours.

Against the rise of snappy happy teen life, there appears to be a ground swell of discontented 20+ something users. Those who have started to get tired of a life filled with self-obsessed, soundbite living and instead want to get back to the Good Life. Just after reading my friend’s email, I went to my local Costas and came across this graffiti on a wall – I thought it rather poignant. 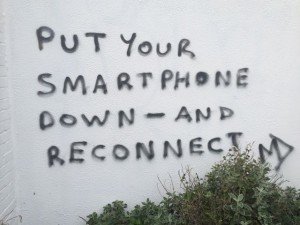 Several of my friends have ditched their smartphones for ‘stupid phones’ – ones that just let you make a call or send a text. And they seem a lot happier. Some have blogged about living without a smartphone and they all agree it is great, the quality of life is so much better.

Here is a list of 5 pros and cons from offbeathome.com

The downside of getting rid of your smartphone
• Getting lost
• Not having music for long drives back home (buy an iPod)
• No camera and instant photo sharing
• No distraction when you’re bored, or in an awkward situation
• No GPS to help you find your way

It seems like a no-brainer for anyone over 25. But, I just love my new iPhone 5S. The camera is awesome…