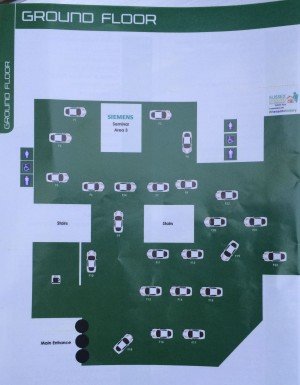 Last week I gave a talk about how to change behaviour using a variety of technologies and nudges at the Eco Technology Show in Brighton. Bizarrely, the seminar area was surrounded with seriously high performance electric concept cars, like the BMW i8 and the Tesla S – the ones that pop stars and film actors drive to their private jets in – that have zero carbon emission. It sends the message that it is OK to own and drive a mean machine that is made out of piles of shiny metal provided you can say it runs on zero carbon emmision – but ironically uses loads of electricity to go fast and that needed tons of carbon to make in the first place. The focus is on reducing and reaching targets rather than on changing our lifestyles. Many of us offset our carbon-rich lives (especially busy academics who fly everywhere) by justifying them through the many decisions we make along the way. I can argue that I am able to fly and drive because I don’t eat meat or have children. Others make the balance by not having a car, camping at home, growing their own vegetables, riding a bike and recycling their waste. 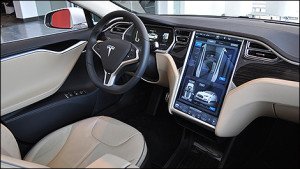 I started my talk by commenting on that day’s news about how we should change children’s drinking habits. Instead of giving our kids zero coke, Fanta or other fizzy drinks at mealtimes we should put a jug of water on the table so they get used to just drinking water. Then, hopefully drinking plain H2O will become the norm – and obesity and diabetes levels will decline. A long shot.

There were lots of questions at the end. A journalist asked me whether we shouldn’t be trying to change people’s attitudes and whole lifestyles rather than simply nudging specific behaviours – even following the 12 steps of Alcoholics Anonymous but instead for a Zero Carbon life. I shuddered at the thought that we needed to go to such lengths in order to save our planet – happiness and fun taken over by guilt, denial and God. 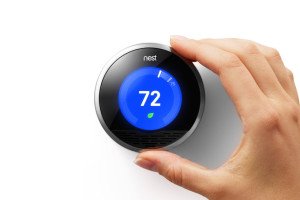 There are a slew of new technologies on the market now that can track, aggregate and visualize our every behaviour – from toothbrushes that check whether you and your family are brushing their teeth correctly to the Nest thermostat – that is now available in the UK – that provides an intelligent way of controlling how your house is heated or cooled. In an interview in the Guardian last weekend, the designer and CEO of Nest, Tony Fadell argued its case for being in every home: “We want you to do things you want to do. We know what you have done in the home and can give you suggestions” and let you know “Hey here’s a better way to save” or “You’re doing really well today.”

Although the data-assisted device (currently selling at 50,000 a month worldwide) is cute and aesthetically pleasing to the eye – there is something rather sinister in the way it has been designed to learn about your everyday habits and make suggestions about what you should do based on this. It smacks of anthropomorphism and nanny state mentality. While there is nothing wrong with giving your new Tesla a name (I called my first car Gertie), the kind of sophisticated modeling that is used to determine intent, and which is then used to decide what is best for you, while at the same time smattering you with platitudes and praise might get a tad annoying and patronizing. There is a lot to be said for simply putting a jug on the table every day and embracing the pleasures of pure water. 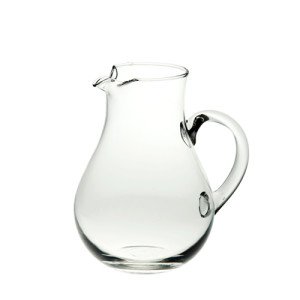