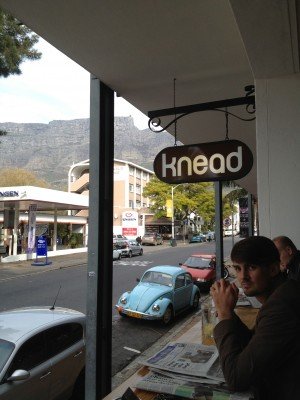 Some people love coming home after a vacation, enjoying the creature comforts of being in their own home and seeing the faces of their pets and loved ones. Others pretend they are still out there; wearing the briefest of beachwear and exposing burnt tans on semi-naked bodies, strutting along the miles of corridors at Heathrow airport, having flown from sunny far-flung places in January, not wanting to face the greyness of Huddersfield, Watford or the like.

I’ve just come back from 3 months of dreaming in Cape Town and it feels like I imagine it is for an astronaut, hurtling through outer space back to earth after orbiting earth for a weightless period of time. I had such a brilliant time out there on many counts, that returning home was indeed very difficult. Unlike a 2-week holiday, a 3-month sabbatical gets you used to a new way of life that almost becomes a settled routine, where new friends become part of your social life, and you feel part of the place, enjoying the delights of being a local, while each day discovering something else new. It is an aching wrench to say goodbye to the spectrum of a new life that one has invested in and enjoyed in the making. The transition back to one’s old way of living is hard; one even, somewhat perversely, tries to make changes to match the new changed self. For me, that includes an absence of engaging with the media; I did not miss watching TV, listening to the radio or reading the newspapers. They were such an integral part of the old me – can I persist with reading books, playing guitar, and other stuff I began doing instead? But, somehow, I found myself buying the Sunday Observer today without realizing…slowly, surely and inevitably…

One desperately clings onto the vivid memories that have filled one’s 24/7 senses; constantly reminding oneself that it is only 2,3,4 days, then a week, since I was sitting drinking coffee overlooking Table mountain. After a week, the time units begin to be replaced by the demands of the old-new life. A couple of weeks then go by, the tan fades, and it feels like one has never been away at all. Even the indulgence of recycling through all the digital photos and the fingering of all the physical stuff brought back in the extra suitcase pales in significance. Nothing can bring the life back but one can’t help being nostalgic. It is the same when one leaves university, after having ‘the time of your life’, or retires from a place of work, where the room sounds hollow after everyone has gone back to their desk and you are left with a big over-sized ‘miss you’ card, covered in witty anodyne anecdotes about you.

As kids we used to dread going round to my parent’s friends houses who had just come back from a trip – because after tea, the great old-fashioned, physical projector slide show would commence. We would be subjected to hours of pretty pre-Instagram places we had never been to while our host warbled on forever, embellishing each new image with great gusto. For them, such a trip down memory lane brought it all back. And occasionally we got caught up in it, but the joy was very much in the telling. Now, we speed through ready-made, digital slideshows with accompanying music and Kenny Burns effects. But people get bored even more quickly than then so I don’t show my collection of photos anymore; instead I tend to just whip out my iPhone and scroll through 4 or 5 selected images, checking to see how glazed their look is, before putting it away. 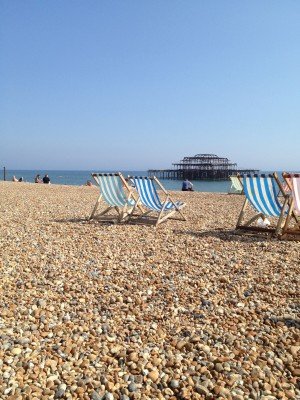 A lot of research has been done in the last few years to enhance, extend and facilitate the sharing of photos and memories amongst friends, families and those with memory impairments; there are now a range of ingenious devices, created by my fellow colleagues, that make the joy of remembering closer to the original joy.

But technology augmentation cannot dampen the painful transition one has to go through to realize how much one has changed from having had a complete change of scene. The cliché ‘there is no gain without pain” seems apt. One sees and enjoys the world so very differently. One has big thoughts and dreams. Trying to cling onto them, however, is like running after the string on a helium balloon disappearing into the sky. Recharged and with a different gaze, the memories eventually become less visceral and one is then ready to move forwards with the new wisdom, rather than looking back.