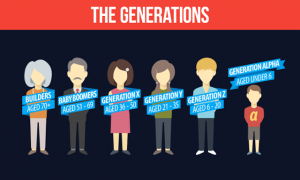 When does childhood innocence disappear?  Does it get younger for each generation as they get caught up in the all encompassing digital world? The other day I was asked by a writer from Wired UK to comment on the latest Alpha Generation – kids who are  born after 2010. Most have yet to start school but many are no doubt merrily enjoying much screen time – watching cartoons, playing games and flicking through endless photos. The writer was interested in how technology and culture are shaping the development of this generation and how this will impact their attitudes and expectations. My honest answer was to say I have no idea other than they will be ever more tech savvy from an earlier age and kiddie-sized selfie sticks will become the next big craze. Toddlers will be able to look at the results of their nappy-clad, snapping, magically appearing on smart home-embedded displays that will pop up on the floors and walls and in the covers of books and even on their clothing – long before they have developed any sense of self consciousness. Seeing themselves everywhere will become the new norm, where their digital self is omnipresent.

On a more serious note, for many years, the pressing questions confronting parents have been: at what age do we let our children have a smartphone? How many hours a week should they be allowed screen time? How do we prevent them inadvertently or curiously coming across adult content or other unsuitable material? The BBC used to help parents by having a set children’s hour of TV shows and  a policy for a 9.00 o’clock watershed where TV producers chose carefully not to show crime, violence or sex before then. Kids were assumed to be in bed then or it became the responsibility of parents to chose what they watched with them. But with so many new TV channels, and the universal uptake of Netflix, Amazon Prime and YouTube, all able to be viewed on multiple platforms at any time – all that has changed. Now there are so many ways of viewing all sorts of content really easily. It is much harder for parents to control what their children watch – at school, in their bedrooms or even in the living room. If they are super conscious they can  set all manner of parental controls on everything. But children are instinctively curious and have a way of discovering what is forbidden or hidden from them with little difficulty.

It is impossible to shield children from the dark side of adult life.

Not only are parents having to worry more about their kids being exposed to such unsavoury content through new tech, there is now pressure on them to embrace the latest range of apps that can track their baby’s movements, breathing patterns, crying levels and so on. But why stop at 6 months? Why not keep tracking them in to their toddler years, adding ever more apps – such as how well they are learning to speak, walk and play with other kids? What about measuring specific kinds of cognitive skills they are developing; all the drawings they ever made, their first attempts at writing a story, all their scores on tests from 5 years old and so on. And then there is the possibility of capturing what happens in their minds – their fantasies, made-up games and imaginary friends. I am sure someone will come up with an app that can conjure up their inner soul based on doing some trickery with all that data to hand. Whether it is a true reflection is another matter.

Soon, it will be expected that every parent should be measuring and monitoring their children growing up, and in doing so accumulating vast amounts of kiddy data that will be viewed as part and parcel of good parenting. The commercial opportunities will be endless.

Call me an old fogey, but childhood should be ephemeral, exciting and enjoyed for what it is – whether it is with and without toys, or in front of or away from screens. Just like everything else in life, there needs to be a balance between how much and when. For me, the scary unknown is the prospect that the Alpha Generation will have terabytes of data accumulating about them every day of the year: their every action, emotion, spoken and texted word that ends up as reams of digital summaries, albums, timelines, profiles, graphs and so on. An ever-lengthening shadow of themselves etched in the digital ether. It is going to make it much harder to imagine a future where they can freely use their creative juices to embellish, edit and shape their own stories and mental memories. Sadly, childhood innocence is being swallowed up by the cloud. The right to be forgotten by the Alpha Generation will need urgent attention.